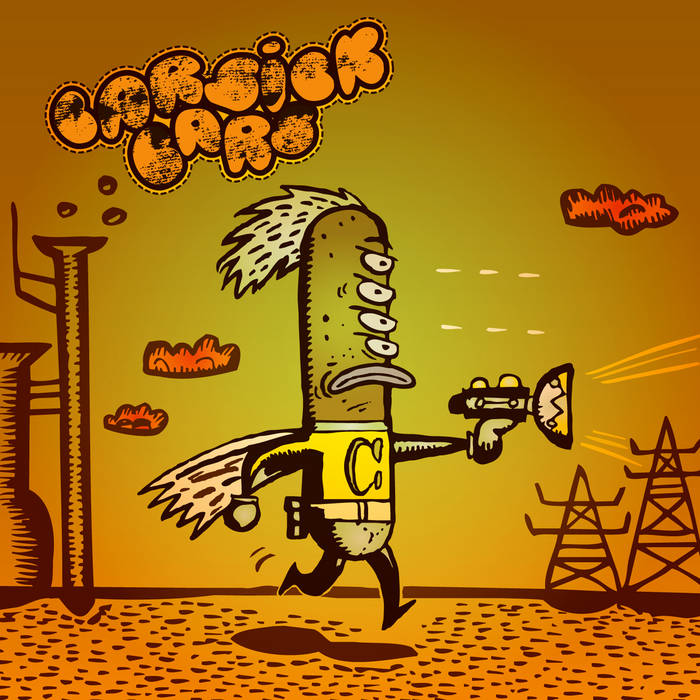 Tiago Chinese indie legends. Everyone needs to have this album...listen to it and you'll know why. Favorite track: Zhong Nan Hai.

Carsick Cars consists of Shou Wang (22) on vocals, guitar, and loops, Li Qing (23) on percussion, and Li Weisi (22) on bass guitar. The band was formed in March, 2005, when Shou Wang, a student at the Beijing Insti- tute of Technology, met Li Weisi and Li Qing at the rehearsal space of mutual friends. By May they had performed their first concert at a party for a small group of friends and by the end of the year were performing in Beijing clubs. Their first CD was recorded in the spring of 2007 and was produced by legendary P.K.14 frontman Yang Haisong.

Their sound, influenced by the drone of Velvet Underground, Suicide and Sonic Youth as well as by the textures and structures of Steve Reich and Glenn Branca, is a combination of brilliantly-textured roar and hard open chords that are used to explore and tear apart their beautifully crafted songs. Amidst the explosive noise and feedback it sometimes takes a while to realize how well they write songs, although this has not been lost on the many Beijing musicians who are their fans – Carsick Cars is probably the underground band in China whose songs are most often performed by other local bands.

As befits what is one of the most admired Chinese underground bands in the world, Carsick Cars has performed widely in China and abroad. They have filled clubs in all the major cities in China and, in August and September of 2007, Sonic Youth, who has called them their favorite band in China, asked Carsick Cars to tour with them in Europe. Following their London show, the band was invited to perform at the Steirischer Herbst Festival in Austria in October 2007, and at All Tomorrow’s Parties in London in May 2008.

Along with their band, the members of Carsick Cars have been very active in a number of other music projects. Shou Wang is a founding member of experimental duo White, whose first CD was produced by Einstürzende Neubauten founder Blixa Bargeld in Berlin in May 2007. In February 2006 he performed on the recording of Glenn Branca’s Sym- phony 13, and has performed several times with composers Elliott Sharp and Alvin Curran. In July 2007 after performing at a festival in New York he was asked to join These are Powers in the recording of their second CD. Li Qing and Li Weisi are founding members of rock trio Snapline, whose debut album was produced by PiL drummer Martin Atkins for his Invisible Records label. They have both performed with Pigface and as part of White. In addition Li Qing has performed with Elliott Sharp.

The band has been extensively written up in the Chinese, English, Ger- man, Swedish and American press and has been featured in television shows in the US, Germany, Australia and New Zealand. In September 2007 they were listed by That’s Beijing as one of the top ten bands in China, and Shou Wang was listed in a June 2007, Rolling Stone China article as one of the country’s four most innovative guitarists.